The English are coming! Arctic Monkeys bring you a fall tour to Centre Bell on Saturday, September 2nd 2023. Grab some tickets and get ready for their brand-new album, The Car. Arctic Monkeys 2023 North American leg of the tour will also be supported by the band's very special guests, Fontaines D.C. This will be the first time you get to see the Britt Award-winning rockers since 2018 and judging by the size of the tour it will be a while until they swing past again, so don’t wait for last minute tickets, get yours now! 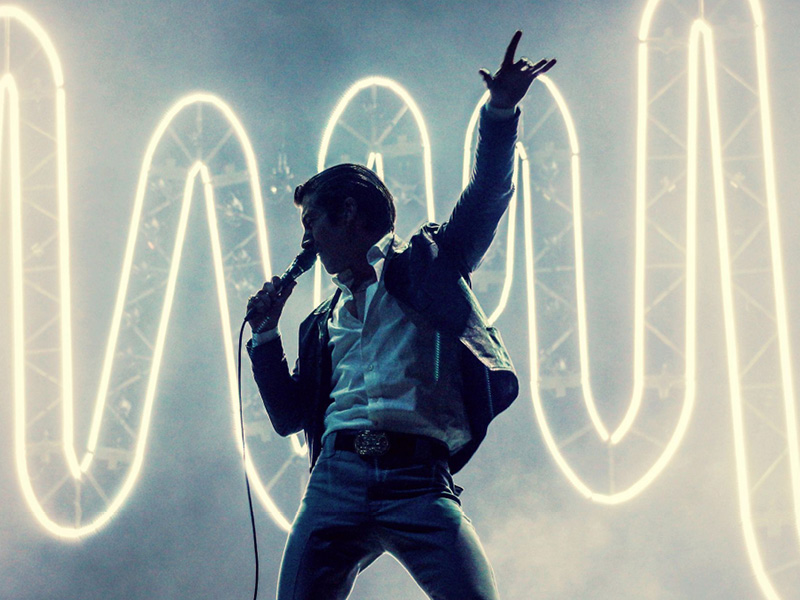 The English rock band, Arctic Monkeys formed in Sheffield, England in 2002 and consist of lead singer and guitarist, Alex Turner, guitarist and keyboardist Jamie Cook, bass guitarist and singer, Nick O'Malley, and drummer and singer, Matt Helders. The band were one of the first to utilize the internet as a marketing platform with their debut album, Whatever People Say I Am, That's What I'm Not, from 2006 becoming the fastest-selling debut album in UK chart history. It has been hailed as one of the greatest debut albums ever released, winning Best British Album at the 2007 Brit Awards.

The band's fifth album, AM, in 2013 finally earned the band some wider international fame this side of the pond, topping four Billboard charts and gaining Platinum certification, this album was supported by the global smash hit single, "Do I Wanna Know?", and was their third album in a row to win both Best British Group and British Album of the Year.

Arctic Monkeys debuted their new song, "I Ain't Quite Where I Think I Am", at the Zurich Openair festival in August 2022, announcing their seventh studio album, The Car, will be released on 21 October 2022, and they have since released the single, "There'd Better Be a Mirrorball".